How much money does a startup need? The Fifth Powerful Secret to Battling Giant Competitors - Resources - How Startups can Competing Against FAANG - Facebook, Amazon, Apple, Netflix, Alphabet Google - David vs. Goliath 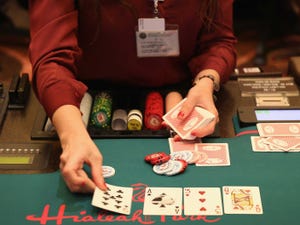 This is part five of a series we are doing on David vs. Goliath and battling giants. I will talk about how startups can compete against the FAANG companies and other major, well-funded, legacy competitors. The FAANG are Facebook FB, Amazon AMZN, Apple AAP, Netflix NFLX; and Alphabet/Google GOOG.

Then he (David) took his staff in his hand, chose five smooth stones from the stream, put them in the pouch of his shepherd’s bag and, with his sling in his hand, approached the Philistine.

Although David did not have many resources, he had what he needed to win the battle.

How much money does a startup need?

Based on our research and personal experience, we find that most early-stage, pre-revenue companies raise between $25,000-$500,000. It is tough to ask for more without giving away your company.

When looking for funding, is important to create forecasts, showing your potential funding sources how you will use the cash. And even more importantly, when you will be profitable so you can pay it back.

Obviously you want to raise as much cash as possible. However, if your company is early stage and has a valuation under $1M, you cannot ask for a $5M investment. The investor would be buying your company five times over. If your valuation is around $1M, you can ask for $200K–$300K, and offer 20–30% of your company in exchange.

Valuing a company can be tough. One of my favorite methods is the development stage valuation approach. It is often used by angel investors and venture capital firms to generate a rough range of company value. Investors set these values based on their experience and values vary depending on the company’s stage of development. The further the company has progressed along the development pathway, the lower the company's risk and the higher its value. Here’s an example of a valuation-by-stage model:

Estimated Company Value,   Stage of Development
$250,000 - $500,000,  The business idea or business plan exists
$500,000 - $1 million,  The management team is in place to execute the plan
$1 million – $2 million,  A final product or technology prototype has been developed
$2 million – $5 million,  Strategic alliances, partners or customers are in place
$5 million and up,  Revenue growth and a pathway to profitability is imminent

One of my favorite stories about resources

In 1971, Frederick Smith founded the company with $4 million of inheritance and $80 million in loans and equity investments. FedEx started out with eight planes, covering 35 cities, and it had plans to add more each month.

But in the first two years, primarily due to rising fuel costs, the company found itself millions of dollars in debt and on the brink of bankruptcy.

When FedEx's funds dwindled to just $5,000, Smith realized he didn't have enough to fuel the planes. The company had already gone to many extremes, from pilots using their personal credit cards to fuel planes to uncashed paychecks.

So what's a desperate founder to do? Smith impulsively flew to Las Vegas and played blackjack with the last of the company money.

Amazingly, when he came back the next week, he had turned the remaining $5,000 into $27,000 — just enough for the company to stay in operation for another week.

The $27,000 wasn't the solution to all of their problems, but Smith viewed it as a hopeful sign that things would go up from there. He used the money as motivation to obtain more funding, and eventually raised another $11 million.

Are you looking for investors for your business, contact us today, funding@omegaaccelerator.com.

Are you interested in angel investing and helping us fund early-stage businesses? Email info@OmegaAccelerator.com.


Disclaimer: This does not constitute an offer to sell, a solicitation of an offer to buy, or a recommendation of any security or any other product or service. We are not offering any legal, investment, tax, or medical advice. Please consult the appropriate professional before doing anything you learn from the content posted on any of our digital properties. All stories are based on true events, but are altered to protect the identity of the individuals involved.
Posted by Money for a Startup at 7:18 AM

Money for a Startup